By: Edipolo A. Mosquito, Jr.

Continuous rains coupled with strong easterly winds that started January 12, 2009 and ended up January 16, 2009 (weeklong heavy rainfall) in most parts of Mindanao brought damage to houses, agricultural crops and infrastructures. In Alegria alone, estimated damages reached to 18.5 million pesos in properties and infrastructures that prompted Mayor Dominador G. Esma, Jr. to declare the entire municipality under State of Calamity through Executive Order

No. 04, series of 2009 on January 15, 2009 supplemented by resolution of the Municipal Council of Alegria due to the extent of damages incurred. Residential homes near riverbanks and of Lake Mainit were mostly damaged due to flashfloods numbering to 110 households per reports from the 12 Barangay Disaster Coordinating Councils (BDCC’s) . Luckily, no casualty ever reported from this calamity but only displaced families were accommodated in evacuation centers while others went to their relatives to seek shelter.

In agriculture, no less than 501 hectares of rice field was destroyed and over flooded caused by the rising of Lake Mainit waters (Go-ob) while other crops such as bananas, root crops, coconuts & fruit trees were partially damaged due to strong winds, flashfloods and landslides. Infrastructures such as roads and bridges were also affected and damage.

Immediate relief operations in the form of foodstuffs were immediately ordered by Mayor Esma to affected families. Congressman Guillermo Romarate, Jr. also sent his relief assistance as augmentation in our operations. Likewise to World Vision-Australia through the Surigao del Norte People’s Initiative Development Alliance (SNPIDA) under the chairmanship of incumbent SB Member Reynaldo B. Ranay

distributed relief goods to more than 460 households of beneficiary barangays such as Ombong, San Juan and Pongtud. The Local Government Unit of Alegria is still awaiting relief augmentation from the Phil. National Red Cross, Provincial Government of Surigao del Norte and that of the Department of Social Welfare and Development.

Rehabilitation works of damaged infrastructures has to be undertaken by the Department of Public Works and Highways (DPWH) and of the Provincial Engineering Office (PEO) of Surigao del Norte as mandated by law.

Final report of damages was submitted to Hon. Governor Robert Ace S. Barbers being the Chairman of the Provincial Disaster Coordinating Council and to Hon. Congressman Guillermo A. Romarate, Jr., 2nd Congressional District of Surigao del Norte for their appropriate and immediate action. 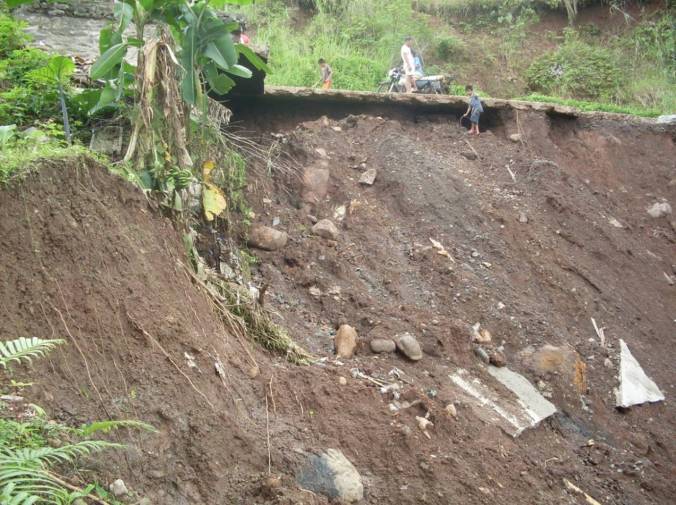